Boomerang’s former Associate Artistic Director Christopher Thomasson passed away on Monday January 31st. The extended Boomerang Family and all who knew Christopher are feeling his loss.

Christopher started his Boomerang run as the Production Stage Manager on Rachel Wood’s 2002 production of THE DAYS OF WINE AND ROSES by JP Miller. All 6-foot-4 of Christopher would amble up into the rickety booth at WalkerSpace, folding all his limbs into whatever nooks he could find. When the run was finished, Christopher turned in a disc he’d made of production photos of the show. Written on it in black sharpie was “DoWnR”…Downer. Which perfectly encapsulated his irreverent sense of humor (especially if you’ve ever seen that show, you know.).

Christopher next served as Assistant Director on Boomerang’s award-winning production of BURNING THE OLD MAN by Kelly McAllister in 2004. He would go on to direct acclaimed productions of UGLY MAN by Brad Fraser (2006), NATIVE SPEECH by Eric Overmyer (2008), ENDLESS SUMMER NIGHTS by Tim Errickson (2010) and part of the evening of one-act plays by Tom Stoppard called STOPPARD GOES ELECTRIC (2007).

Christopher also directed numerous developmental readings of new plays in Boomerang’s First Flight New Play Festival. He loved being in the rehearsal room making something bold and brand new. This interest in new plays contributed to him co-creating Boomerang’s ROCK-N-ROLES events, where playwrights use rock songs as inspiration for new 10-minute plays.

In addition to his work with Boomerang, Christopher also worked for many years at two historic institutions that meant a great deal to him: Macy’s Santaland in New York City and Camp Ojibwa for Boys in Eagle River, Wisconsin. Most recently, Christopher served as the Overnight Camp Director for Trailblazers, a summer camp located in the New York Metro area.

Christopher impacted so many people across the country, and the most common theme in remembrances this week have been his energy, his free spirit, his love of music and his generosity. He is not a person easily replaced, ever.

In Christopher’s memory, we ask you today to hug your friends, and go make some good art. 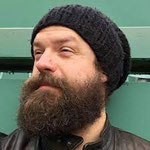 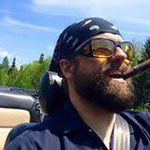 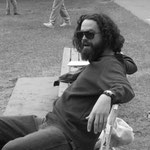 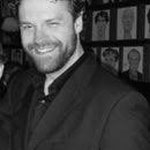 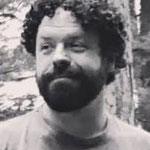 Christopher Lee Thomasson, 45, passed away on Monday night, January 31, 2022 at his home in Brooklyn, NY. Chris was born on October 25, 1976 in Bowling Green, Kentucky; son of Bobby Owen Thomasson and Reita Ann Thomasson.

Christopher graduated in 1994 from Jac-Cen-Del High School in Osgood, IN. He attended the University of Kentucky in Lexington, KY and graduated with an undergraduate degree in Theater in 2001. From there, Chris went to Brooklyn College in Brooklyn, NY to obtain his Master of Fine Arts degree in directing.

Christopher had such a zest for life. His energy, enthusiasm, and positive attitude radiated light wherever he went. He never met a stranger. His smile was infectious. Christopher was a small-town boy, but after moving to New York, he loved the big city and the opportunities that lay ahead, so he then decided to make Brooklyn his home.

At present, Christopher worked as Overnight Camp Director under Riel Peerbooms at Trail Blazers Camp in Brooklyn, NY and Montague, NJ. Prior to that, he was Associate Director under Denny Rosen at Camp Ojibwa for boys in Eagle River, WI for 19 years. While doing all this, Christopher also spent 10 years as Holiday Operations Manager at Macy’s Santaland in New York City and 10 years as Associate Artistic Director at Boomerang Theatre Company. He loved the theater and traveling. He also loved a good bourbon and a fine cigar with friends and family. He played his guitar almost every day, but his passion was the kids at the camps where he worked, and all the friends he had made in his lifetime.